RightSmith Group, specialists in the licensing and management of high-value media archives, has partnered with Australia’s GraingerTV to make clips from its enormous archive of stunning stock footage available for licensing by content producers. GraingerTV’s newest productions, filmed in Australia, the USA and Duybai is now exclusively available for licensing by creative professionals via the RightSmith content portal.

GraingerTV is a Sydney-based production company that specialises in television documentaries and programs. The company has produced more than 300 TV programs, screened by close to 100 international broadcasters, including Netflix, National Geographic and Discovery channels. GraingerTV was founded by Greg Grainger, an award-winning producer and presenter of topical travel and adventure documentaries and wildlife programs that feature remote and exotic locations. His highly acclaimed adventures have captured activities as diverse as sky burials in Tibet to shark riding in Tahiti, expeditions across the Arctic and Antarctic, and along the Andes and Himalaya.

Until now, GraingerTV’s documentary films have been broadcast on the web via VIMEO, but in recognising the need to showcase the stunning footage more widely, Grainger is offering select clips from his broad archive for use by the world’s top creative talent.

Working in close cooperation with the Greg, the visual experts at RightSmith’s media services team have provided guidance on how best to assess, categorize and index thousands of hours of footage to maximize its market potential.

Creative professionals now have instant access to high-definition stock footage shot in who/what/where/why. The entire archive has been meticulously catalogued for fast search and easy licensing.

Some of the epic archives include the Grand Canyon, the Great Barrier Reef, and evocative wildlife like breeching whales. Rightsmith’s broader catalogue available for licensing include remote locations such as Mongolia, the Atlas Mountains in Morocco, and tiny villages in Azerbaijan. In many instances, high-definition drone and aerial footage is available, along with dramatic POV shots.

"The world is a visual woinderland," said Greg Grainger, CEO/Executive producer of GraingerTV. "And we’ve taken advantage of the latest 4K technology and drones to capture it in its very highest technical form."

"RightSmith is dedicated to working with content owners whose work can add excitement, drama and vivid, rich details to the work of other content creators," said Jackie Mountain, president, RightSmith Group. "Greg Grainger has been bitten by a shark, gored by an elephant, knocked over by a cheetah — all in the pursuit of capturing on film the world in which we live. We’re delighted to make his work available to creative professionals around the world."

The GraingerTV stock footage collection is available now at www.rightsmith.com.

GraingerTV is a Sydney-based production company that specializes in television documentaries and programs. Founded by Greg Grainger, an award-winning producer and presenter of topical travel and adventure documentaries and wildlife programs that feature remote and exotic locations, GraingerTV has produced more than 300 fascinating documentaries, primarily in the wildlife, travel and adventure genres, but also specials designed for cinema release.
www.graingertv.com

RightSmith is a leader in media archive management and monetization, with offices in Los Angeles, Tokyo, Sydney, and London. RightSmith connects creators and media professionals to content that appears every day throughout the world’s film, television, advertising, publishing and online media industries. Visit RightSmith to learn more about how the company works with large media archives to monetize, store, and distribute their assets. www.rightsmith.com 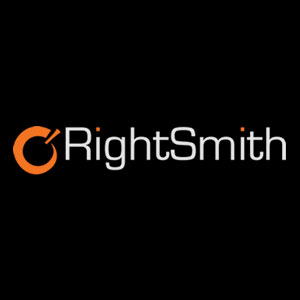