The all-Aussie travel programme TRAVEL OZ has been signed for 3 more years by the Seven Network.

Seven is giving TRAVEL OZ a 90-minute time slot every weekend, with new episodes to start going to air in mid June.

To date, Grainger has produced 116 episodes of the program, with another 30 programmes to be filmed these next three years.

While Travel OZ is seen on the Seven Network in Australia, it is also seen by an estimated 11,500,000 viewers internationally, including on the prestigious National Geographic network.

TRAVEL OZ has filmed from Australia's Antarctic territory right up to the Tiwi Islands and Torres Straight, from Cocos Island and Christmas Island in the far west across to Norfolk Island and Lord Howe Islands in the east.

From deserts and rainforests to the Great Barrier Reef, the program captures the spirit of Australia's characters, and shows its amazingly diverse range of destinations and events.

First programme to air will feature a road trip from the Blue Mountains and Bathurst to Wellington Caves, Parkes and Forbes.

Another episode will follow a trip by houseboat along the Hawkesbury River from Wisemans Ferry to Windsor, then Gwydir shire and festivals in Inverell and Grafton.

Western Victoria stars in another programme, with a four wheel drive trip down the Border Track, and the highlights of Wimmera Malee and Pyrenees shires.

Says Greg Grainger: "I'm delighted to be entertaining Australian audiences with true blue stories from across the country. Australians have a delightful spirit which the program aims to capture in a series of captivating stories." 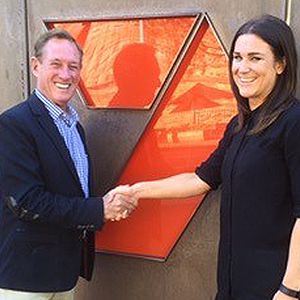