Captures the essence of the Australian wilderness

A giant crocodile thrashes the waters of the Kakadu National Park in pursuit of an injured bird. A huge school of sharks attack fish off the Great Barrier Reef. Two eastern grey kangaroos kick box each other on the surf-washed shores of a southern beach. These are some of the splendid images contained in Greg Grainger's one-hour documentary, WILDEST AUSTRALIA.

This program captures the essence of the Australian wilderness and its unique array of fascinating creatures. What is displayed is both the incredible beauty and diversity of its landscapes, and the wildlife that occupies each region. For instance, the film focuses on the world's largest sand island, Fraser Island, and the packs of dingoes that hunt its world-heritage listed beaches and rainforests.

WILDEST AUSTRALIA touches on all of Australia's major territories, from its vast eucalyptus forests, and inland deserts to its lush rainforests and coral reefs. The great animal icons are all shown, from platypus and echidna, to koalas and wombats. All creatures are shown in action sequences, whether it be fighting and mating to hunting and eating.

Highlights include a family of Tasmanian Devils, snarling and scrapping with one another as they protect their new-born cubs, the spectacular release of coral polyps on the Great Barrier Reef, kangaroo joeys clambering into their mother's pouches, a gigantic whale shark in motion, the intriguing rituals of bower birds as they nest build and court in the Lamington National Park, the mimicry of Lyre Birds in the Healesville Sanctuary, and tree Kangaroos clambering to lofty heights. Australia's laughing icon, the Kookaburra, is shown, as is the koala, with scenes of two males fighting, new-born hairless babies breathing in the pouch, and vigorous tree-top mating sessions.

Watch WILDEST AUSTRALIA and you'll have experienced the true spirit of the Australian wildnerness and its unique creatures. 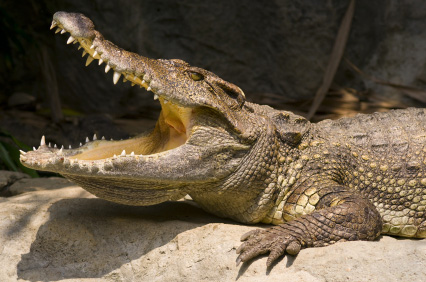