Captures the essence of the inspirational Cordillera de los Andes

ALONG THE ANDES captures the essence of the inspirational Cordillera de los Andes, the world's longest mountain range, and the vibrant cultures that thrive in its shadows. Highlights include:

* Coca chewing natives of the KU-GU-BAA tribe.
* The lost city of Ciudad Perdida.
* Wedding rituals of the Guajira Indians.
* The mayhem of the Carnival de Barranquilla.
* The bullfighters of Bogota.
* Oyster diving children of the Siennega Grande de Santa Marta.
* Colourful coffee bean harvesters.
* The largest historic walled city in South America.
* Donkey powered brick makers.
* Ride the Hell train across Ecuador.
* Snow on the equator as we climb Cotapaxi and visit the equatorial monument.
* The Guinea Pig eaters of Banos.
* Trek to Machhu Pichu.
* Colourful celebrations in Cuzco.

From its snow covered Volcanoes on the equator, to its mammoth spires, the Andes represent one of the world's great landmarks... and a challenge to all who dare to travel its mysterious trails.

That's a challenge we're about to take up with a vengeance. 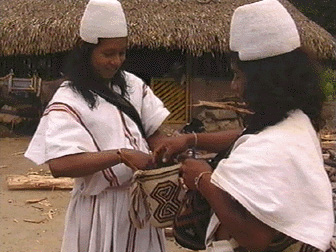