Greg Grainger is an award-winning producer and presenter of topical travel and adventure documentaries, and wildlife programs, to remote and exotic locations.

His highly acclaimed adventures have captured on film activities as diverse as sky burials in Tibet to shark riding in Tahiti, expeditions across the Arctic and Antarctic, as well as along the Andes and Himalaya.

A winner of the prestigious Logie Award for Top News Report, Greg has worked for leading radio and television stations in Britain and Australia for the past 35 years. Greg is the current holder of the Australian Society of Travel Writers award for Top Travel Broadcaster.

Greg’s documentaries are seen by tens of millions of viewers, from National Geographic and Discovery Channels to Channels 7, 9, 10 and the ABC in Australia.

He’s been bitten by a shark, gored by an elephant, knocked over by a cheetah - and lived to film more adventures.

His favourite assignment has been tracking polar bears in the Arctic for a series of documentaries... capturing a seal kill in temperatures 40-degrees below zero.

His favourite location is the Antarctic where he’s scaled mountains, and crossed the island of South Georgia in the wake of the famous explorer Sir Ernest Shackleton.

And his favourite people have been the bare-footed families in the High Himalayas - dirt poor, but always grinning broadly. 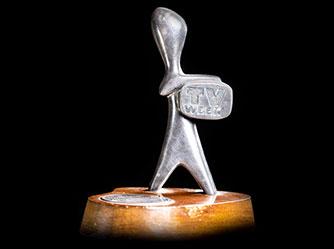