Travel Oz, the all-Aussie TV travel programme, is to be screened across two of the Seven Network's channels.

Both Channel 7 and 7TWO will screen Travel Oz, with the next special being aired on Channel 7 at 3pm on Sunday December 17.

The Travel Oz special featuring the return of colour to much of the Great Barrier Reef - THE HEALTHY REEF - will air on New Year's Eve.

7TWO will screen 90-minutes of TRAVEL OZ every Saturday once the tennis finishes in late January.

The Seven Network recently signed a new 3 year deal with Grainger TV to broadcast Travel Oz, with 10 new programmes to be produced every year.

Recent Australian specials filmed include the Western Victoria region of Wimmera-Malee and the Daintree Rainforest of Tropical North Queensland, with international specials including Nevada and Dallas-Fort Worth.

More than 330 destinations have been featured in the 113 episodes of Travel Oz produced so far. 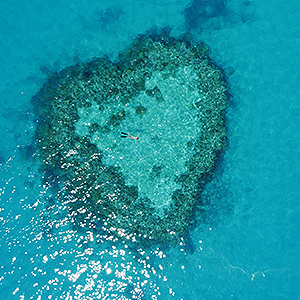